Esrange Space Center is located at 68°N and is the space operations centre for SSC (formerly Swedish Space Corporation). The launch facility offers flights in air space with low air traffic density and over sparsely populated areas. Esrange has been conducting balloon flights since 1974.

The balloon infrastructure is well developed and users need to bring only limited equipment with them. Preparation areas of more than 800 m² adjacent to the launch pad are available. The site can handle payloads of up to 3,000 kg. Telemetry and remote control links are available at all customary frequencies. The launch pad can launch balloons with a volume of up to ~ 1.12 million m³. The town of Kiruna, located about 45 km from Esrange, has good air, rail and road links. The Esrange base can easily be used throughout the year.

– Balloon flights from Esrange, in particular as part of large campaigns involving several scientific institutes, have played a major role in our understanding of the mechanisms behind ozone depletion.

– Medium duration flights with heavy payloads can also be conducted from Esrange.

– Since the mid-1980s, Esrange has also handled numerous drop tests for technological experiments, such as parachute and re-entry vehicle tests.

Svalbard is located at 78°N and higher. It is significantly closer to the North Pole than Esrange, which means it has potential for specific balloon missions. One particular project at Svalbard has taken shape: performing long-duration summer circumpolar flights. This type of flight is possible using standard Zero Pressure Balloons (ZPB) taking advantage of the large-scale cyclonic winds around the North Pole.

Aire sur l’Adour, located in southwestern France at 43°N and 0°, is the main launch base of CNES and is also the home base for the CNES balloon operations team. Flights from Aire sur l’Adour have been conducted since the early 1960s. Currently, the base is mainly used for balloon technological and operational qualification tests and to launch small balloons (e.g., SBs Sounding Balloon), in coordination with air traffic control authorities and recovery of payloads in areas near Aire sur l’Adour.

Timmins was selected in March 2012 as the Canadian ZPB (Zero Pressure Balloon) launch site because of its favourable latitude, wind and weather conditions, low population density in areas surrounding the city and optimal on-site infrastructure. In September 2013, two flights were performed by CNES to test its most recent stratospheric balloon technology. After these successful launches, both teams returned to Timmins for the first scientific stratospheric balloon campaign that took place from August 2014 until the end of September 2014. A total of seven balloons were launched and seven missions were successfully completed. In 2015 six successful flights were performed; during those campaigns, several Canadian and French payloads were successfully launched. 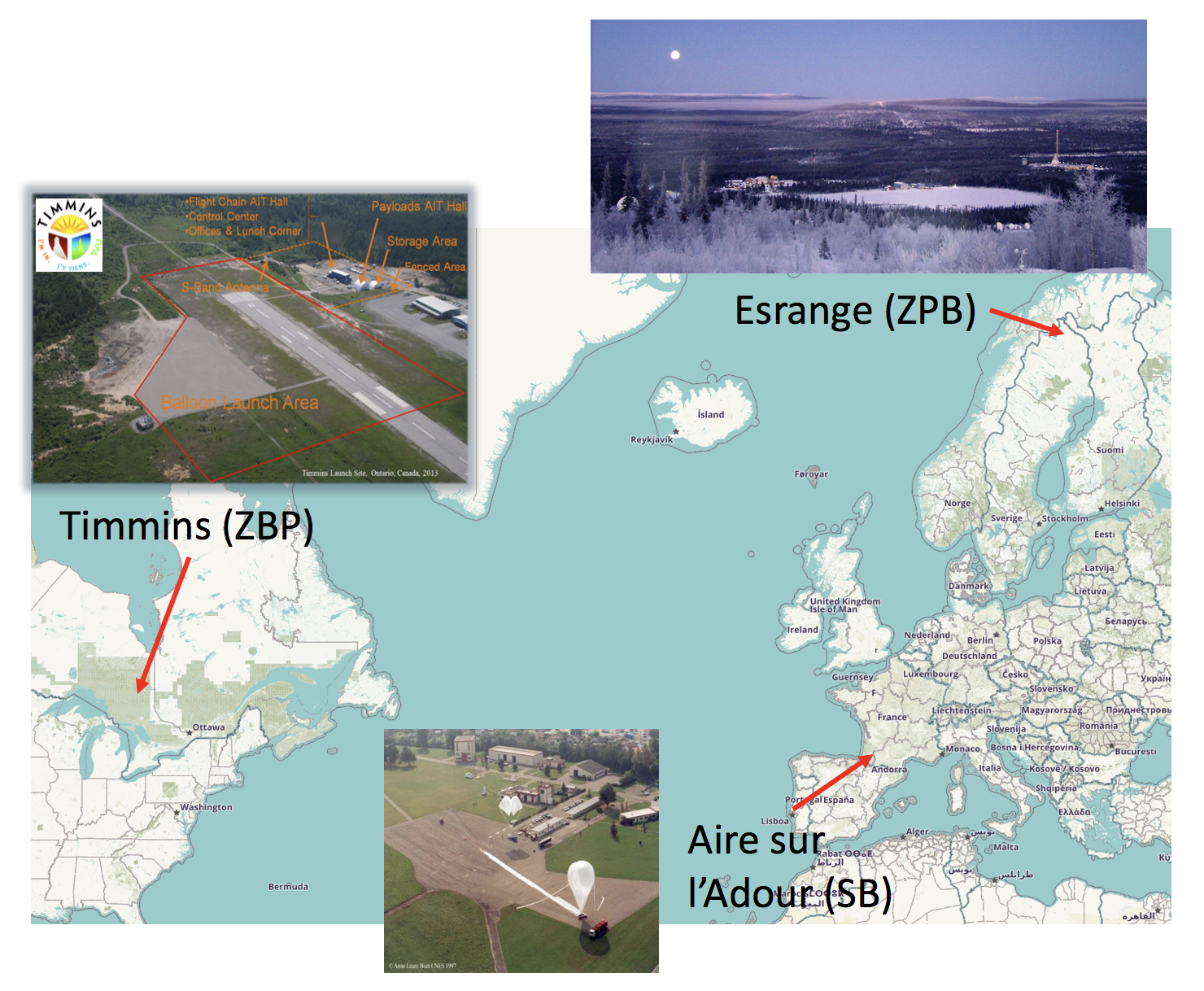